Home Uncategorized A Visit with Roseanne Dowell, Author of Ring Around the Rosy

A Visit with Roseanne Dowell, Author of Ring Around the Rosy 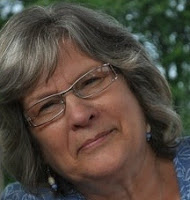 I’ve had the good fortunate to be part of a group of writers that include the likes of Roseanne Dowell. In my opinion, Roseanne is a talented and prolific writer, who creates easy to read page-turners of the romantic/mystery type, where you not only meet some lovely, charming people, but get to wonder who did the dastardly deed or deeds. It’s a win-win and so enters Ring Around the Rosy.
I just finished this book and if you’re interested in my thoughts on Amazon, zip on over here. Then come on back and get to know a little bit more about this author via her own words in a recent interview:

First off, I want to thank
you for having me, Heather.
1.  Always a pleasure! Let’s get to it, Roseanne, What is your favorite book?

Oh my, that’s a hard one. I have so
many. Just about anything written by Nora Roberts, especially Blue Smoke and
Northern Lights. I also loved Devil’s Corner by Lisa Scottoline.

Think
I just gave that away above. LOL

Wow,
what an interesting question. Do I dare answer?
57.

Favorite
word. Hmmm not sure I have one.

Computer
and just about any time. For a long time it was the middle of the night, but
that’s not happened for a long time. I find if the characters are speaking, I’d
better listen and get it down on paper (computer) right away. I’ve lost those
words a few times by putting it off.

6.      What is your greatest fear when you first turn in a manuscript?

Rejection.
I think that’s probably every writer’s fear. Is it good enough? Will the
publisher like it?

That’s fairly
easy. The Victorian. And you’ll see that often in my books. So many of my
heroines love that era too.

Another easy
one. I wish I had a good singing voice. I was in the choir and I sang with the
tenors. I’d love to be a soprano.

9.  What do you consider your greatest achievement?
Raising my six
children.

10.  Who is your favorite hero of fiction?

Not sure I
have one.

In my sleep,
quietly and without pain. 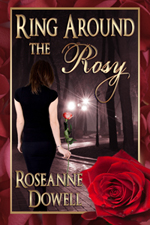